After six long years of being incarcerated, Jordan Henderson is finally released, and has returned back to Philadelphia. Now he’s a determined young man that’s ready to reclaim his life, find a good paying job, and help out his besieged family. In short, he must make some money and do whatever he can to stay out of prison.

But things are not as simple as Jordan thought they would be. And now he’s finding out that life on the streets is a lot harder than it was inside prison.

As money starts to run low, and his hope begins to dwindle, Jordan makes a decision to call his good friend, Chico-a young street hustler from Los Angeles that he met in prison. But Chico has a big secret that Jordan knows nothing about. A secret that once revealed will change Jordan’s life in ways he had never imaged.

Money, Desires, and Regrets looks inside the prison of one man’s mind and how the love of money and the desires of the heart can trap you in a prison of regrets. 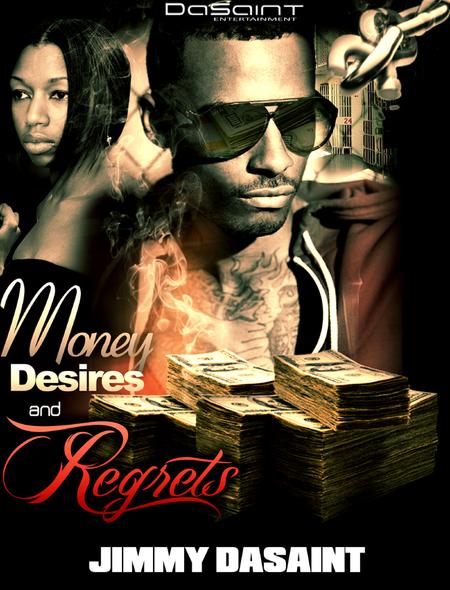